On 4 July 2020, around 3,000 people were detained in their homes by the Victorian Government with no notice.

Residents of the 9 public housing estate towers in Flemington and North Melbourne were locked down effective immediately during a press conference held by the Premier of Victoria. Within an hour an estimated 300 police turned up outside their homes. Families were not given any time to prepare. Essential supplies, food, medicine, baby formula, were not able to be bought. No other section of the Victorian community has been treated like this.

Residents were left to wonder: why was our community locked down in a way that no other community was before or since? They felt targeted and discriminated against. And they fear it could happen again.

On the one year anniversary of the incident, and as new pandemic laws are reportedly being drafted, human rights and community lawyers call on the Victorian Parliament to heed the lessons of the hard lockdown of the public housing estates, recognise the harm and put in place proper safeguards and systems to prevent it happening again.

To achieve this the State Government must implement all of the Victorian Ombudsman’s investigation in full.

As a priority, and in addition to the recommendations, the State Government must:

1. Apologise publicly for the harm and distress caused by the hard lockdown of the Flemington and North Melbourne public housing towers, as recommended by the Victorian Ombudsman’s Investigation.

Only an apology that acknowledges the misconceptions that underpinned decision-making and breached human rights, and that recognises the strength and contribution of the community in responding effectively to the crisis will be meaningful. Such an apology is central to rebuilding trust. Without it the government will be unable to deliver on any other recommendations of the Victorian Ombudsman’s investigation.

2. Introduce independent oversight of state of emergency powers, expanding on the recommendation by the Victorian Ombudsman’s Investigation.

Declaring a State of Emergency gives extraordinary powers to the Chief Health Officer that can restrict individual freedoms without democratic parliamentary scrutiny.  Not enough accountability exists: this needs to be fixed. The Victorian Ombudsman highlighted international concern that COVID-19 responses should not be used as justification to deprive people of their liberty. The Charter of Human Rights and Responsibilities and human rights considerations must be embedded in all decision-making processes, procedures and guidelines. When a person is detained, movements limited, or authorised officers enters a premise without a warrant genuine independent oversight, by an external agency or tribunal with sufficient power to investigate, is a necessary minimum protection. When detained a person should also have safeguarded rights to regular and meaningful access to fresh air and outdoor exercise.  Whilst the Public Health and Wellbeing Act 2008 was amended in March this year to provide some limited review, it is manifestly inadequate.

3. Engage the Anti-Racism Taskforce to investigate the stereotypical assumptions about residents that erroneously informed decision-making

The Victorian Ombudsman in her report into the lockdown pointed to evidence that government officials were informed by misconceived stereotypical beliefs relating to public housing residents. This influenced the departure from public health advice on the day, which has consistently been said to be guiding all government decision making on restrictions. These facts need to be laid bare to expose and address the prejudice that pervades our society. An investigation by the Anti-Racism Taskforce is needed to expose the assumptions that led to the public housing lockdown and provide strategic advice and recommendations to prevent prejudice and racism in any future decision-making in relation to public health orders for social housing residents.

Public housing residents have a long history of racialised police targeting. When police or PSOs stop, question, search or detain a person both internal and external oversight is needed. There needs to be legislative protections to prevent over policing of people based on illegitimate grounds such as race, ethnicity or Aboriginality. Legislation is needed to require Police/PSOs to record every targeted interaction, including the police perceived race or ethnicity of the stopped person, the reasons for and outcome of the stop. This data must be subject to ongoing external scrutiny, and IBAC should use its powers to investigate discrimination in stop, question and search practices and in the way policing operations disproportionately impact communities of colour.

5. Use enforcement and penalties such as fines as a measure of last resort

When hundreds of police turned up outside the public housing estates, many residents as well as their family and friends outside helping to provide essential services were fined for even the slightest breach or misunderstanding. To promote an effective health response in a health crisis, fines should only be issued as a last resort after provision of information and assistance to comply with directions has been actively refused. Improved and more easily accessible independent processes to review fines should be established that consider any difficulties a person has with understanding and complying with the orders, and that adequately assesses whether fines were fairly issued. 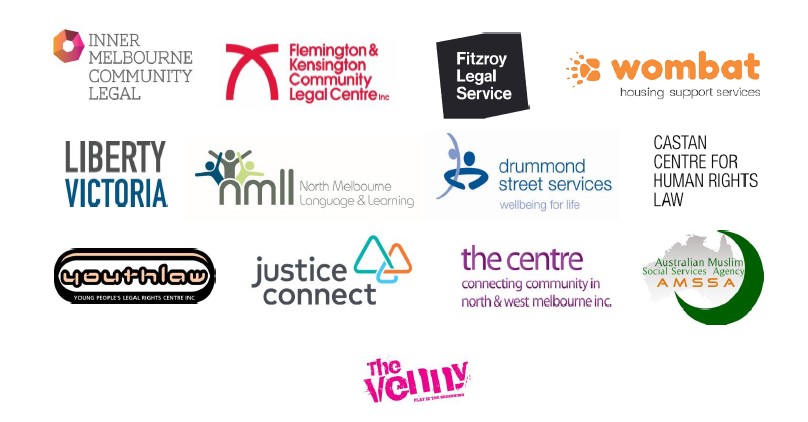