The Committee of Management of Inner Melbourne Community Legal is responsible for the management of the organisation. Board members volunteer their time.

Caroline is a highly skilled Technology and Legal executive, and currently the General Manager of Technology Performance Regulation & Performance at Tabcorp. Through her career as in-house General Counsel and Company Secretary, principal of her own firm, and technology leadership roles across many regulated industries, Caroline has comprehensive expertise across corporate governance, large-scale program management, transformation and integration, IT strategy, risk, security and change management. She holds a double degree in law with honours and Asian Studies. 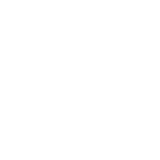 Board Member and Treasurer

Nick started his career as an auditor and spent 18 years in roles in finance and operations in law firms across both Australia and the United Kingdom.

Nick is both a Chartered Accountant and Certified Practicing Accountant and brings significant experience in financial management and reporting to IMCL with a particular focus on the needs of law practices.

Board Member and Secretary

Jenny is a lawyer at JT Lawyers, a boutique law firm in the Melbourne CBD where she practises in the areas of property, commercial and retail leasing, business sales and acquisitions, dispute resolution, succession planning and probate and estate administration. Previously she worked in an in-house legal team with a property management focus and a law firm in Ascot Vale. Jenny was a volunteer of over 10 years and Secretary of the Flemington and Kensington Community Legal Centre before the organisation's merger with Inner Melbourne Community Legal.

Charlotte is a corporate social responsibility professional and social impact strategist dedicated to helping businesses achieve competitive advantage by delivering positive social and environmental impacts alongside strong commercial returns. Most recently, Charlotte worked as a manager at ANZ where she designed and implemented social impact strategy. Previously, Charlotte held managerial roles and practised as a lawyer in commercial firms and in government, specialising in all areas of employment and discrimination law. Charlotte was Head of Corporate Partnerships at Justice Connect, a community legal centre, and facilitator of pro bono legal services. Throughout her legal career, Charlotte has volunteered for community legal centres in Sydney and Melbourne. Charlotte is passionate about building purpose-driven organisational cultures and is motivated by a strong commitment to social justice and social inclusion.

Daniel is Director of policy and communications consultancy Social Change Projects and has over 15 years' experience working with communities, non-profits and government. He has experience across a range of intersecting policy areas, including community law, homelessness, mental health, community health, disability, family violence, LGBTIQ+ equality and international human rights.

Shorna is the Head of Public Policy and Government Relations at Melbourne City Mission where she is responsible for leading the development of policy, law reform and advocacy. Shorna brings almost 15 years' experience in executive policy and advocacy roles across the community legal and homelessness sectors and has led successful campaigns on issues including access to justice, youth homelessness and family violence. Shorna is the former Policy and Advocacy Director of the peak body for community legal centres and sits on a number of NFP boards and Advisory Committees. Shorna is a passionate social justice lawyer and is dedicated to driving positive social change for children and young people.

Joel is Director of Monash Law Clinics, a community legal centre associated with the Faculty of Law at Monash University, which provide legal assistance to disadvantaged community members, and experiential education opportunities to law students. He is a lawyer, with particular interest in public and administrative law. Joel previously worked at Victoria Legal Aid, and was Chair of the Board of Flemington Kensington Community Legal Centre before the organisation's merger with Inner Melbourne Community Legal.

Tim is the Founder of Democracy in Colour - Australia's first racial and economic justice organisation led by people of colour. Before starting Democracy in Colour, he worked with low-paid workers to set up Hospo Voice - a new union in hospitality. Previously, Tim was the Head of Campaigns at Oaktree (largest youth-focussed anti-poverty organisation with over 200,000 members), a senior adviser to two Senators, the Campaigns Director at Jhatkaa (a movement of 1.9 million people taking action for a fairer India), the National Communications Director at UN Youth Australia, and co-founded Open Sky (one of India’s most well-known performance art communities). Tim is the Social Entrepreneur in Residence at Mill House Ventures and has served as a Non-Executive Director on 15 Boards. He is currently a Director of Plan International, No to Violence, the Australian Marine Conservation Society, Environment Victoria, the Alliance for Gambling Reform, Inner Melbourne Community Legal, the Consumer Policy Research Centre, and the Victorian Government's Sustainability Fund. For his work, Tim was appointed in 2020 as one of 17 UN Young Leaders for the Sustainable Development Goals.

Kenneth has worked in the public sector since 2014, with most of his time in Victoria's health and human services sector.  This experience strengthened Kenneth's understanding of evidence translation, novel funding structures, program monitoring, outcomes frameworks, and evaluations. Kenneth has 15 years experience in the commercial sector, with a particular focus in business development and management. Kenneth was also a volunteer at the Flemington Kensington Community Legal Centre before becoming a board member.