Lionel’s energy and spark is palpable, a self-professed “happy-go-lucky, bubbly guy.” He has a deep love of music and is often seen walking around singing, with a bongo and maraca in hand. His wide smile is infectious.

He maintains a positive outlook and sunny disposition, despite having faced long-term economic and social disadvantage and exclusion.

“You know I wasn’t clean, I didn’t deserve my whole life – I wasn’t anything,” he says, reflecting on a dark period in his life.

Recently there’s been a big change that’s given him a greater sense of freedom and control. With Lionel’s strength and determination, and assisted by the coordination of IMCL Senior Lawyer Philippa Dixon and Lionel’s social workers and doctors, Lionel now has greater scope to make his own decisions. He's finally regained management over his finances after being under a State Trustees Administration Order for 20 years, which gave them power to make financial decisions on his behalf.

Under the order, Lionel’s Centrelink payments went directly to the State Trustees, who paid for his bills and managed his money. Lionel received tri-weekly payments of $40 into his bank account, requiring him to get to a bank three times a week to access the money. This arrangement was inflexible and restrictive.

“It hurt my heart and soul, and stopped me from getting to the rest of the world,” says Lionel.

“I can distinctly remember Lionel playing me some music on his jukebox that day,” laughs Philippa.

Philippa had also just begun working closely with social workers at Elizabeth Street Common Ground (ESCG), which provides high quality housing and coordinated support specifically designed for people who have experiences of long-term homelessness. Lionel has lived there for some time.

“One of his social workers emailed me and said, “I hear that you’ve met our resident rock star”, and that he wanted to get some advice about whether or not he had any options to get off the administration order,” recalls Philippa.

Having reached a period of stability, Lionel was adamant that he was now in a position where he was capable and wanted to make his own decisions about his finances.

“Lionel was unaware that he had the right to go to VCAT and ask them to review and potentially revoke the order. Lionel told me that he had some savings and that he’d been making requests for other items, like a bike and some music equipment, and that he was finding it limiting and hard to access additional funds,” says Philippa.

“It was causing him a lot of frustration.”

ESCG Support Worker Nese Duran had been supporting Lionel in dealing with the administrators. A lack of dedicated administrators familiar with Lionel’s case made this difficult. Both Nese and Philippa agree that from an advocate perspective, Lionel was treated as a statistic rather than as a client and real person, with his own unique story and goals.

Philippa set about putting the wheels in motion, making inquiries with Lionel’s social workers at Elizabeth Street Common Ground and his doctor.

“Remarkably, Lionel’s GP told me that he was no longer suffering from a mental health condition and didn’t in fact have a disability, and that he should be able to manage his own finances,” explains Philippa.

This was significant for Lionel’s prospects of review at VCAT.

"Lionel was placed on the order 20 years prior, and at that time there was medical evidence saying that he was experiencing a mental health crisis,” explains Philippa.

“However, everybody knows that people change considerably over time, and just because you’ve been diagnosed at one point in time, it doesn’t mean that your circumstances can’t improve, particularly your ability to make reasonable decisions.

“After 20 years, it was a matter which needed proper scrutiny from the Tribunal. It was concerning that it had never been reconsidered.” 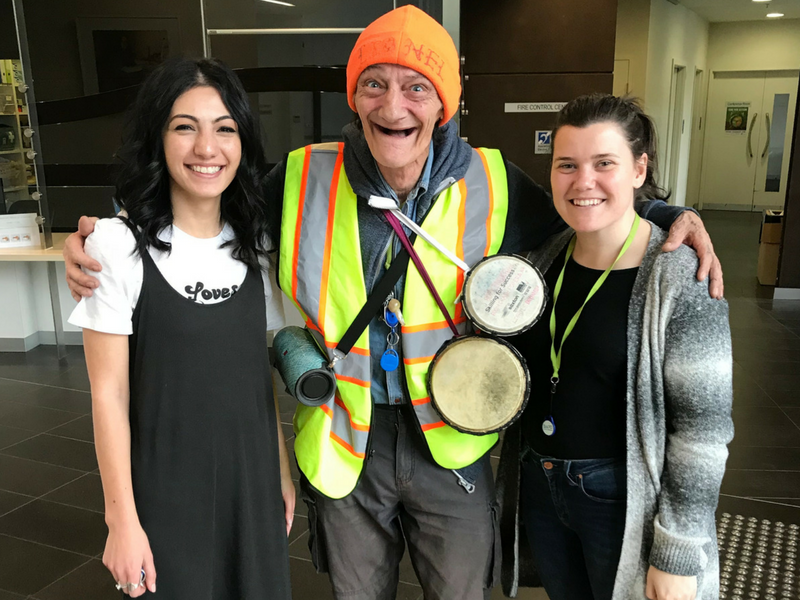 The IMCL and ESCG partnership

ESCG were instrumental in coordinating Lionel’s case preparation, but also in their supportive presence at the Tribunal.

“Having the social worker there to address the hearing was so influential,” says Philippa.

“ESCG had worked so closely with him and were able to verify his ability to manage the money himself, as well as detailing the types of support that could be put in place to help him manage it as well.”

In finding the best outcome for clients, the collaboration between IMCL, the client and their support network, whether it be nurses, doctors or social workers, is fundamental. They are meeting with their clients most days, and know the issues that are going on.

Since assisting Lionel, Philippa has presented information to staff and to other residents who are subject to orders at ESCG about their rights, and has received a number of referrals.

“It’s important to have a strong working relationship with other services that can identify when their client needs some legal advice about an issue.”

Nese explains that navigating the legal system can be intimidating for some of her residents who may have previously had negative experiences with the law.

“Having direct access to IMCL has proven to be a successful and positive new working relationship. IMCL is nearby to ESCG, which means the residents are able to walk, either independently or with a worker, to the legal service and meet with a lawyer.”

Resulting in an overall integrated support network, the holistic partnership helps maintain the clients’ health and wellbeing, preventing them falling into a cycle of disadvantage and vulnerability.

“It is an honour to be a part of their journey and an incredible experience to build trusting working relationships with an incredibly resilient and resourceful client group,” explains Nese.

“Now when some of our residents are faced with legal matters, we have some peace of mind knowing that access to legal advice from IMCL is just a phone call away.”

As for Lionel, he is still grinning at the memory of their success at the Tribunal.

“I had people speaking for me, and I was shaking at the exhilaration of all these legal heads!” recalls Lionel.

“That was the happiest day of my life. I felt 21 again. My whole life was set free – I was rescued!"

Lionel's was one of the stories that we shared with the Victorian Ombudsman in their investigation into State Trustees. You can read the report and its recognition of the concerns raised in our submission arising from the experiences of our clients here.